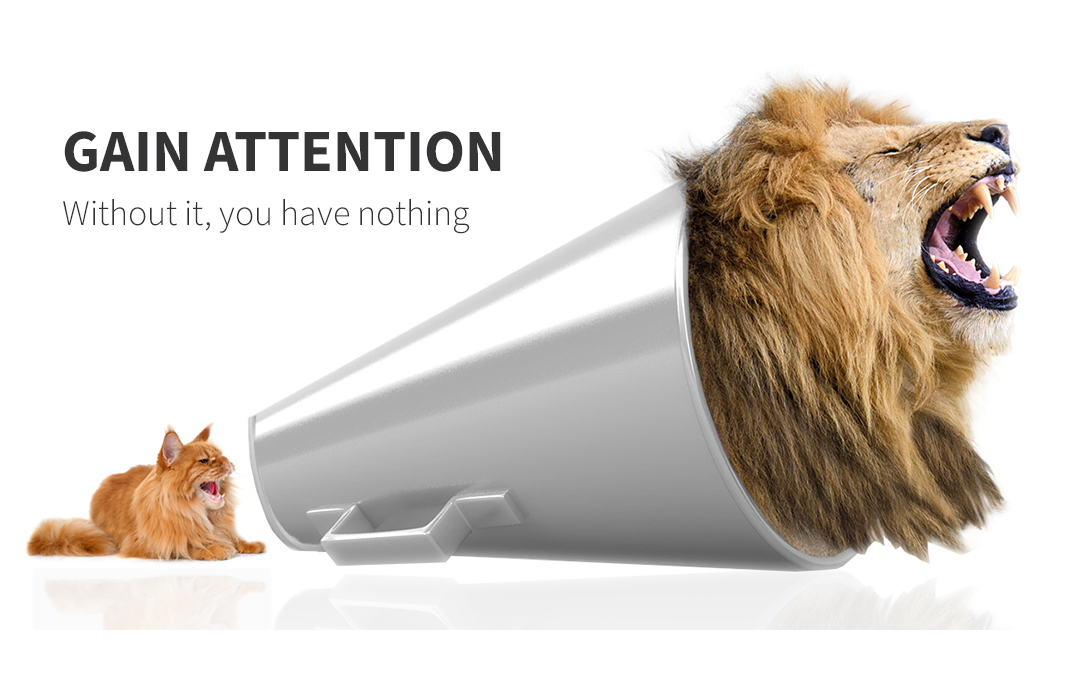 I was once told a story about a New York advertising agency that used a very novel approach to gain the attention of their top ten target accounts. I must have been told this story over 25 years ago, but I have never forgotten it. When you read my summary below, you will see why……

A New York marketing agency wanted a way to gain the attention of their ten biggest dream clients. All previous attempts had failed, as their approaches had been ignored.

So they had delivered to each of the ten companies a beautiful birdcage and inside was a pigeon. The handwritten message attached to the cage read……

“Please accept this cage and bird as a gift. We would love to do business with you as your marketing agency. If you would like to have a meeting to discuss, just release the homing pigeon, and it will fly back to us. If you don’t want to meet us, just eat the pigeon.”

Why Is Gaining ATTENTION Tough For Software Tech Companies?

In a noisy market like the software sector, having to out-shout your competitors can be exhausting and damn expensive. You also don’t want to become a media slave, having to produce endless content day after day after day…………. you get the picture.

The idea of getting into a shouting match with your competitors and appear like sugar-fuelled hyped-up kids at a birthday party is probably not the image you want to present either. Each ‘child’ getting louder and louder as they try to grab attention.

But you do need to gain attention if you’re going to be successful at selling your software. So what to do……?

The sobering realisation is that without attention from your target market no matter how good your software, customer service, references, ROI in reality without ATTENTION, well, you have nothing.

Without first gaining ATTENTION, then nothing that follows matters. Simply, because it won’t be seen. Like the philosophical question ‘if a tree falls in a forest and there is nobody there, does it make a sound’?

Question: Is building better and better software the equivalent of building the better mousetrap and HOPING prospects beat a path to your door?

Don’t Be Beaten By Bigger Competitors

Frequently the deepest pockets get the most attention! This is not helped by the marketing and advertising agencies who claim you need to “spend big to be big”.

It does not have to be that way. For companies, it’s not possible to spend more and out-shout your bigger competitors. The big competitors know that more than half of the money they spend is wasted. They just don’t know what half. But they don’t care. They can afford to waste the money.

There Is A Better Way

There is a better way for your company to gain and then own the attention that you need. It requires that you outsmart your competitors. Outsmart not outspend. In that way, you gain all the attention you need while spending wisely. The marketing gurus have been lying for years, telling the world that traffic is the answer to your prayers. A whole industry of SEO specialists was born from this thinking. If you can just get enough traffic to your site, all will be fine. They lied!!

You have to step above that level of crude marketing and think more strategically. Board level thinking is required. Elevate your thinking to a strategic level. Avoid getting down among the weeds as you will get tangled and end up with crabs!!

Picture yourself on a busy city street. Hear the noise of engines and horns, crowds of people talking, laughing and shouting down their phones. No-one is paying much attention to anything. They are lost in their thoughts. That’s how we typically go about our lives in today’s world.

Now imagine hearing a cricket in that environment.

Question: Would the cricket get attention?

Above the blaring horns and screams, the cricket (even normal size) would be heard by some, and it would make them stop!

The Cognitive Science Behind The Theory Of Attention

Every decision a customer makes, whether to purchase or not, will be influenced by several cognitive factors. Customers today experience an avalanche of messages (stimuli) from marketers across many different mediums (channels).

Selective attention allows us to tune out insignificant details and focus on what is essential at that time.

Schneider and Shiffrin (1977) suggest that “predictable or familiar situations are dealt with automatically, while stimuli that is new or constantly changing is controlled by the person focusing on that stimuli.”

So the “new” sound of a cricket on a city street creates attention. Play the same sound in the country setting of a field and few around would notice. The context is everything.

What does that mean for your B2B software company? Well…..a hell of a lot actually.

You see the way that the majority of software companies behave follows a predictable pattern. Blending into the background noise of the “predictable” traditional messaging of B2B software is never going to get you attention. So copying what others are saying and doing is just not smart and probably very expensive and ineffective.

Equally, deliberately setting out, to just be different with ‘stunts’ is just as stupid. I have heard many executives in the software sector saying that “they get it”, they need their business to be “differentiated”.

You could dress up as a clown and be differentiated – but would it be the right kind of attention?

Gain attention by Outsmarting your opposition.

Here are few ideas to seed your “new stimuli” based approach

Analyse what your customers expect from you and what your competitors typically do and then don’t do it!

Instead look inward. Find the core strength and personality within your business. Decide what will be RELEVANT and “fresh” to your target audience and promote that.

Make sure that it is truthful and genuine. Taking an honest and objective view of your company is very hard but can be very empowering.

Select the best stimuli to convey your core strength in a way that makes sense. Use images, because the brain processes images 60,000 times yes 60k X faster than mere words.

Please no boring “techy” flow-charted, cloud diagrams please, they make me want to scream, and I do quite often do so when looking at the information created by many software companies.

ATTENTION Is Just Step One

Gaining attention is a critical step in what we call your Competitive Space™. But there are eight other critical steps. ATTENTION is needed in the first place to leverage the other winning strategies.

If you found the above of interest and would like to see some similar articles on the subject (no obligation, no sales call), then please go back and let’s connect on LinkedIn.

The objective of which is so that you can OutSmart not Outspend.