Become the Obvious Choice in Your Sector 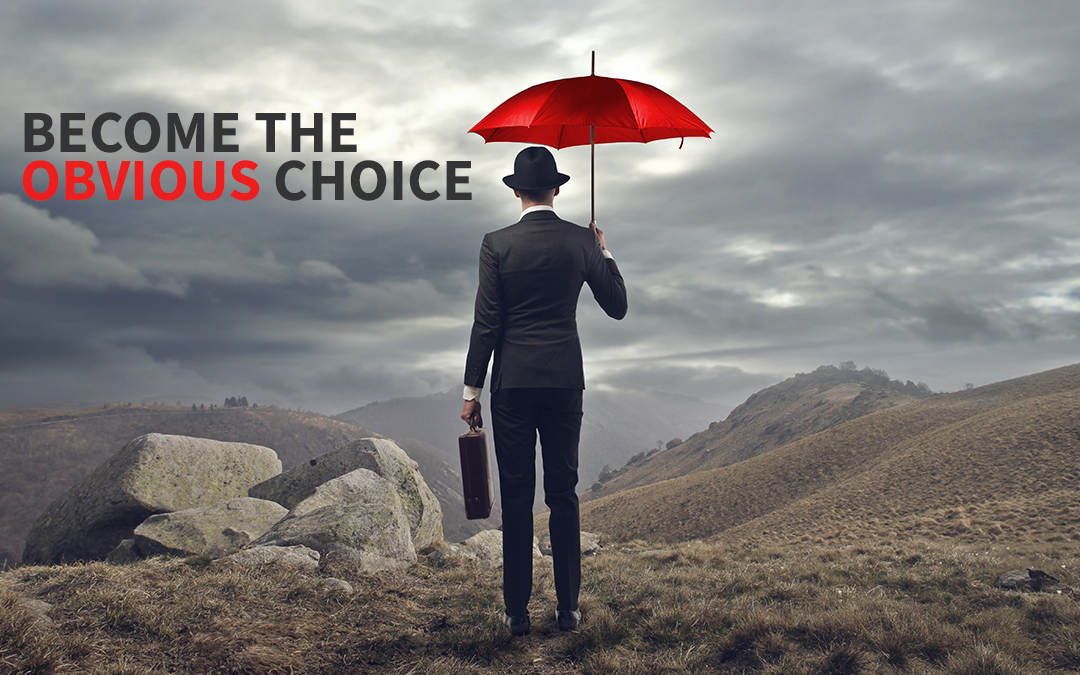 Have you ever been to a large, busy, open-air event on a summers day when it suddenly started to rain?

I have a few times. There always seem to be one reseller who thought ahead and bought rain macs and umbrellas. It’s fascinating to watch how his sales soar in a matter of minutes. People buy his bright red umbrellas and transparent plastic macs so fast he cannot serve people fast enough to service the demand.

I have been in the software tech sector now for nearly thirty years. During that time, there have been very few ‘umbrella days’ but when it happens!! WOW! It is something to see.

Very few of you will ever have that experience of being the umbrella seller on a rainy summer day in the middle of a crowd. It is what some call ‘selling to a hungry crowd’.

Question: If it is raining right now – are you positioning yourself like the umbrella seller?

And even if it is not raining, could you still sell what you have to a hungry crowd?

A Path Of Quiet Desperation

It is genuinely possible for you to become the obvious choice in your sector.

Firstly, and MOST importantly, you will need to have the flexibility of mind to change some common beliefs that you have probably held for many years. It also means NOT seeking reassurance by looking at what some of your competitors are doing and copy. That does NOT make you the obvious choice.

Most if not all, industries struggle to sell their ‘wares’ to varying degrees. However, the software sector struggles more than most. Oh, yes, it does!! It is not something that I have heard discussed in the software sector, but I know from my long experience, to be true.  The vast majority of software companies follow a winding path of quiet desperation.

You see, the problem is that many software tech leaders come from a technical background. No big surprise there. I don’t mean they have all previously been software developers. The critical point is they love and understand the technical aspect of their business. It absorbs them and their attention. They would happily sit at home with a beer watching late into the evening documentaries about the technology behind solid-state disk drives or computer-aided ceramic braking systems.

Like most of us, when selling, we frame things from a very personal perspective. If we were selling to clones of ourselves, we would be sales geniuses. But we aren’t. The truth is, no matter what you sell and no matter what industry we sell to the same group. We sell to ‘Human Beings’.

Of course, you want to sell to clones – they are just like you. In 2016, Dr Helen Turnbull described this effect as a subconscious affinity bias. Simply described by her as “having a preference for people who are similar to ourselves”.

Prospects with vastly different mindsets or views of the world can make us uncomfortable. If they are happy discussing technology – great. If they are only interested in business politics and initiatives maybe not. We all have this bias, your messaging should not.

The big problem is how many people “just like you” are out there? Your marketing target demographic would look very unappealing to investors if it said, “people like me”.

No matter how bad your positioning or messaging, there will be people that wade their way through the hurdles (unseen from your perspective) that your business creates. They will purchase from you regardless. Those sales help keep what you currently do ‘alive and twitching’.

If My Umbrella Man Was A Software Development Company

Going back to my story of the umbrella man at the beginning of this article. He strategically positioned himself at an open-air event where he knew there would be thousands of people. He bought bright red umbrellas. He also planned and looked at the weather forecast a few days before. He did some research and found out what others at the event would be selling. Finally, his messaging was clear and easy to understand. When it started to rain, he shouted at the top of his voice ‘GET YOUR UMBRELLAS HERE. JUST A FIVER’.

If that was a software development company, they would use a digital ordinance map and select a beautiful valley location close to a babbling brook. They would print some very professional grammatically correct posters. The posters would say: 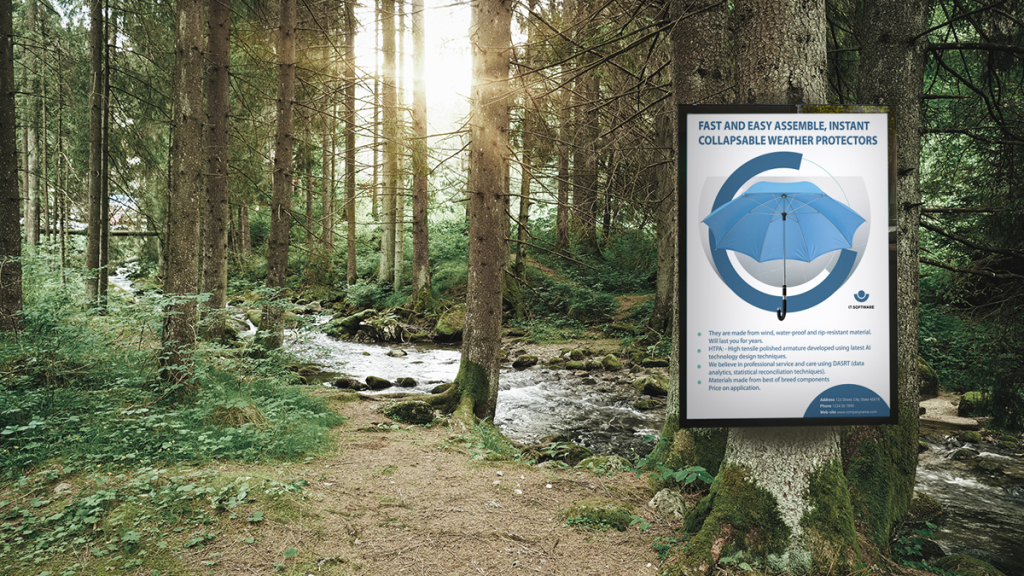 OK so I may have used a bit of poetic license, the software guys would not have used the word ‘armature’, but you get the point. 🙂

This site uses Akismet to reduce spam. Learn how your comment data is processed.