Winning the Battle Before the First Blow is Struck 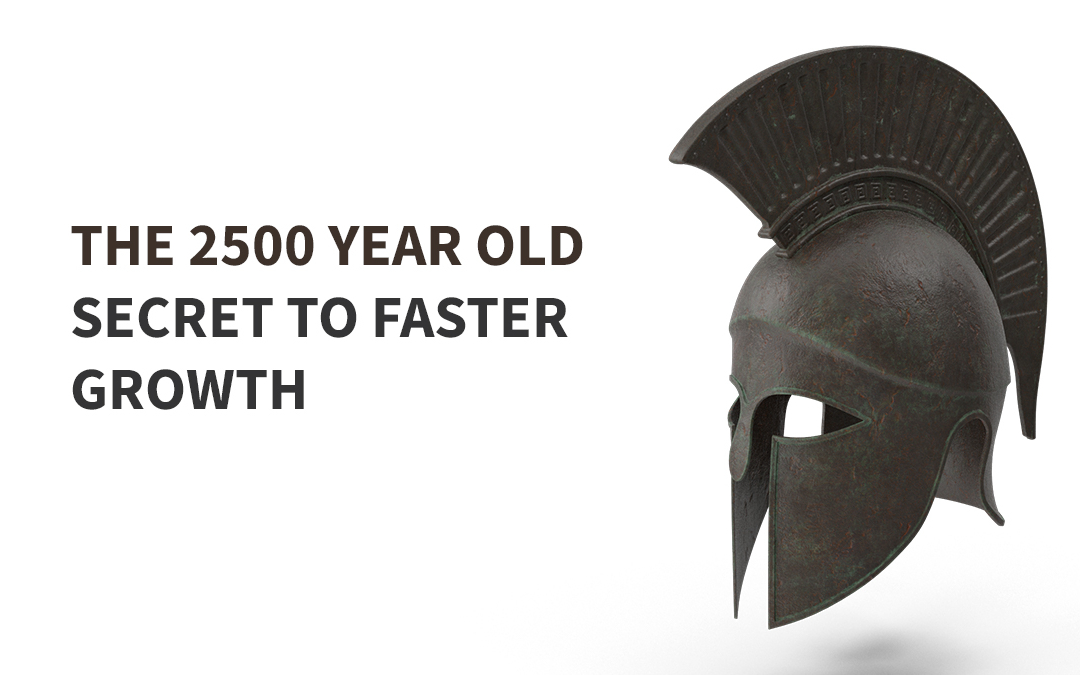 Many of you will have heard about the battle of the 300 Spartans against the vastly larger Persian army. The story illustrates a powerful point for business leaders.

In 480 BC the invading Persian army, considered to have been between 100,000 to 150,000 soldiers vastly outnumbered the defending Greek forces. Three hundred Spartans (who were professional warriors) and seven hundred Thespians (not the acting luvvies type 🙂 ) held off the Persians for seven days while the bulk of the Greek army was able to retreat. It’s now one of history’s most famous stories.

What I like about this story is that it is a clear illustration of the power of strategy and positioning.

During two full days of battle, the small force led by King Leonidas held a narrow pass containing the only road which the massive Persian army could advance down. If the Spartan army had engaged the Persian army on an open battleground, they would have been over-run in minutes. Instead, they held up the Persian army for seven days enabling the main Greek military force to regroup.

In the software sector, the correct strategic positioning means that you will win more business and be able to beat bigger or more established competitors. You do this (just like Leonidas) by using your strongest characteristic while positioning your business so that you weaken your competitor’s advantage. With great strategic positioning, the battle for can be won before the first blow. But it does not stop there. Having Competitive Space has layers of strength that can be applied to your business. Every layer increasing the ease by which you win new business and hence can achieve faster growth.

Cognitive science is about understanding the human mind—specifically, the study of thought, learning, and mental organisation. How we absorb information and retain information is essential for all companies who want to sell more without spending more. If you’re going to outsmart your competition you need to understand the mental stages that your prospect will travel through and what they need from you by way of information. Not just WHAT but also most importantly, HOW that information should be communicated and WHEN. Most companies get this wrong to a greater or lesser degree. Too much information or too detailed information too soon and you will overload the prospect and their minds will switch off to any more information. Unlike a computer, our brains have no buffering, when overloaded we protect ourselves by ignoring further inputs. You need to make sure that you slice your information into is in brain-friendly chunks (technical term, no we’re serious). We’ve developed our CS Iceberg model for communicating your information in a cognitively ideal way. So, you can win the battle for Prospects minds

Our 8-year study into the buying behaviours of software B2B prospects has been built into Competitive Space. We are not interested in consumers and how they behave in a supermarket when buying groceries. We are interested in how people buy software solutions. However, the exciting thing that has become clear is that there are many similarities. Several studies have shown that the B2B buying decision is psychologically 90 – 95% an emotional decision. Yes, even from long term veteran techy buyers. No!!! I hear you shout that can’t be true. Well, yes, it is. Here is why.

We have developed a template prospect journey that is built upon the psychological stages a B2B buyer moves when making a purchase. We call this the Competitive Space eXperience Journey (CSX journey.) Its foundation is – we are all human. So, you can win the battle for Prospects hearts

The Art of Visual Storytelling

Our brains have been programmed to absorb information in stories for the past 60,000 years. It was an essential element in our survival. Long before there were books or even writing, information was passed from one generation to the next in the form of stories. Stories told around the campfire of an evening. The wisdom of the elders and lessons learned by others could help the survival of the tribe. Information wrapped up in a story is more easily remembered by a factor of nearly ten times and is remembered for longer. Think of those stories you remember from your childhood many decades later.

The other aspect to memorable stories is understanding about visual perception and the power of a visual. A visual image can be processed sixty thousand times faster than words and in as little as thirteen milliseconds. That again is part of our genetic make-up and part of our survival mechanism. So, you can win the battle for attention and being memorable.

Now we come to the execution. Without successful execution, everything that has gone before no matter how brilliant will be a total waste. That is why Competitive Space has successful implementation as the 9th and last element of the Competitive Space wheel. It is not a nice to have, it is essential. Hence whey we have created an entire Programme, range of tools, training and support which enables YOU to be able to implement YOUR Competitive Space once we have created it for you. You see our service is a onetime service, where we leave you capable of implementing and exploiting its advantages yourself. We are not looking to build dependency. We work with you to create the skills you need for independence and strength in your business. So, if you don’t think you have the skills in-house or don’t have trusted third-party freelancers don’t worry, we have that covered for you. So, you can be a professional in leveraging your Competitive Space in the heat of the battle.

A Many Layered Cake Of Success We Bake For You

Hopefully, by now, you will start to see that success in the software sector is not just one thing. It is a layered solution that is as much science, philosophy as it is a methodology.

There is a quotation that has stuck in my mind for many years, which is:

It’s highly unlikely you will be stupid. For a start you are reading this article that already places you at least ten points over the average IQ 🙂 Seriously, from my experience over many years in the software industry if you own or run a software company then I would bet heavily you will be one of the smart ones. But do you act wisely?

BE Wise Be in The Top 3% Of the Sector

What our Competitive Space will give you is the ability to act with WISDOM. And we all need plenty of wisdom. I define wisdom as smart decisions that are ACTED upon and executed correctly. To create fast and successful growth, you want to be in the top 3% of software companies that are positioned strategically. But that is not all. You also need to be able to communicate effectively in a way that makes buying from your company a pleasure not a digital Rubik cube that needs to be figured out and wrestled with.  Competitive Space will do all of that, but maybe even more important, it will also give you CONFIDENCE in your business. For me that also says peace of mind. Now if you are smart and confident, then you have the foundations to conquer the world.

Listen to A Ten Minute Audio?

To hear a short ten-minute audio of myself and my co-founder of OutSmart talking about ‘Competitive Space’.

If you have already – please connect to me on LinkedIn – we love having intelligent conversations with leaders within the B2B software sector. Lots of information and insights to come on this and our company page.

Or Have A Short Introductory Call

If you would like to have a chat with one of us about the key areas frustrating you in your business then give us a few details and we will spend thirty minutes with you on the telephone.

Be MEMORABLE or Just Forget It!

This site uses Akismet to reduce spam. Learn how your comment data is processed.